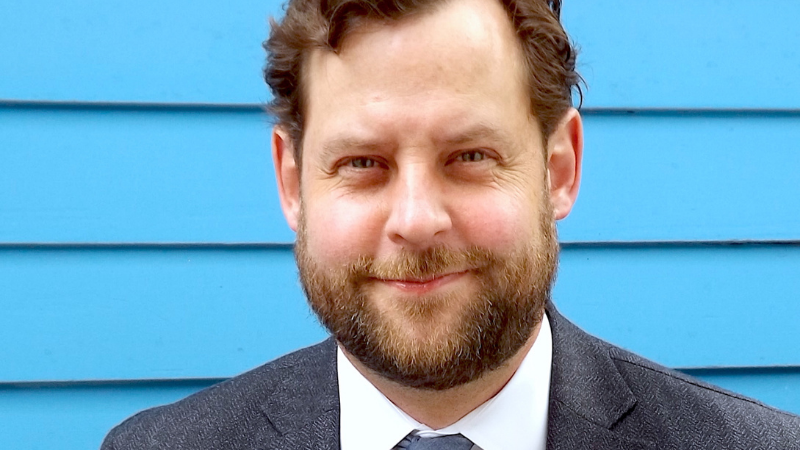 Chris Turner can’t be quiet about the climate crisis.

An author of six nonfiction books, most recently The Patch: The People, Pipelines and Politics of the Oil Sands, and a journalist for such outlets as The New Yorker and The Guardian, Chris has long made environmental sustainability his business.

But not until Chris, living in Canada’s oil and gas capital Calgary, “stumbled” into public speaking, advocacy, and grassroots community engagement did he realize the weight of his influence. He accepted this platform to establish himself a leading voice on climate change in Canada.

On May 14, Chris will help you navigate that same world between reporter and advocate in our free and exclusive webinar titled Using Your Platform and Influence for Good. It’s part of Writing Is Your Nature, our upcoming masterclass series for environmental science and nature writers, co-organized with Yellowstone to Yukon Conservation Initiative.

Can’t wait? Neither can we! We snagged Chris for a quick Q&A to learn more about his thoughts on a journalist’s responsibilities to readers, objectivity, and the causes they care about.

Why did you make the decision to pivot from climate change reporter to climate solutions journalist and consultant?

This definitely wasn’t a decision I made all at once, or once and for all. I first started reporting on climate change 20 years ago because I thought it was the most important story of our time — and I still do. I’ve never been one for false objectivity, so I’ve always believed that a strong point of view is fine in journalism as long as you’re straight with the reader about what it is and where it’s coming from.

After my first climate solutions book, The Geography of Hope, came out in 2007, I sort of stumbled into a public speaking and advocacy role. I started getting invites to talk to community groups doing sustainability and climate action work, that sort of thing. One thing led to another, I co-founded an organization working on civic engagement on climate and other issues in Calgary, then ran for Parliament for the Greens in a by-election, then out of that started getting invited to work on policy issues by various think tanks and some people in government. Just one thing leading to another. Eventually, I helped write a speech for the prime minister and did a year of consulting with Natural Resources Canada on their long-term plans for Canada’s energy future.

Right now, I’m back in a more journalistic mode, writing a new book on the global energy transition and trying to condense the 15 years I’ve spent reporting on it into a tight picture of a world getting better despite the ongoing crisis.

If there was a decision along the way, it was that pursuing solutions to the climate crisis was more important than however my role was defined. I’d built up a broad base of knowledge, it was useful to a range of people, I would offer that expertise where I could. But if a piece of writing has my byline on it, I bring the same journalistic tools to bear on it I always have, and if there is bias or another connection I feel is relevant, I state it clearly. That’s kept my conscience clear to date.

I’ve never been one for false objectivity, so I’ve always believed that a strong point of view is fine in journalism as long as you’re straight with the reader about what it is and where it’s coming from.

Your recent book, The Patch: The People, Pipelines, and Politics of the Oil Sands, brings readers onto the streets of Fort McMurray, showing the many ways the oilsands impact our lives. What strategies did you use to make sure the book was accessible and had mass appeal?

I started research for the book knowing this was a very contentious issue pertaining to a very complex and often misrepresented industrial project. I decided early on that in order to try to tell the story as honestly as possible, I’d tell it through the eyes and voices of the people who lived and breathed it. I’d try to vanish as much as possible from the narrative and let the people who lived and worked in the patch, and the ones who worked to shut it down, speak for themselves. This was not an effort at some impossible objectivity so much as a fairly concerted effort at empathy for the actors on all sides.

I also spent a lot of time on the history and on the technical aspects of the story. I wanted to make it very clear that this didn’t happen quickly, it had tons of support for many decades, and it followed its own quite consistent logic, which in the book I call the “High Modern” worldview. And then on the flipside, the opposition didn’t happen overnight and it had its own logic, which I call the “Anthropocene.” Whenever I talk about the oil sands, I always say right off the top, this isn’t about competing arguments, it’s about competing worldviews.

Your upcoming class is all about using the platform and audience for good. What responsibilities do you think today’s climate reporters have to the public?

The climate crisis is the defining public issue of our time. It’s more than a quarter century old, and it’ll certainly be a source of news for another quarter century yet. I think reporters on the climate beat have a responsibility to get at the scope and complexity of it. It’s not an environmental story. It’s not a political story. Not an economic story or activist story or technology story. It’s all of the above, all the time.

And so part of using a platform for good is not to pick a side and cheerlead. It’s to give an audience enough information to understand how incredibly complicated and difficult and far-reaching the issue is.

What’s your top tip for fighting off eco-anxiety or “climate fatigue” related to the climate crisis?

My top tip would be to find people doing something good and get involved. Take action. Action might be joining a campaign or getting directly involved in politics, but it could merely be an act of reporting. I decided 15 years ago I would focus on what the solutions looked and felt like, instead of reporting on the scope of the devastation. So I spend a lot of time talking to people who are excited about new ideas and new ways of doing things. I also report extensively on how hard it is to bring new ideas to fruition, so it’s not all sunshine and solar panels, but certainly that focus, at least part of the time, makes a massive looming catastrophe feel less paralyzing.

The climate crisis is the defining public issue of our time. … I think reporters on the climate beat have a responsibility to get at the scope and complexity of it.

This surely makes me a bad environmentalist because it generally involves long-distance travel and elaborate and expensive gear, but there is nothing I’ve ever experienced like the feeling of diving on a coral reef, floating there and breathing freely underwater and having the most ludicrous abundance on earth just sort of surround you.

I live on the doorstep of one of the most beautiful national parks on earth and I adore the Rocky Mountains, but a herd of bighorn sheep won’t just sort of let you jog along in the middle of the herd. A school of fish will. Sergeant major fish like to come right up and sort of poke at your dive mask to see what’s going on in there. It’s transcendent.