Putting a Human Touch on Data and Evidence 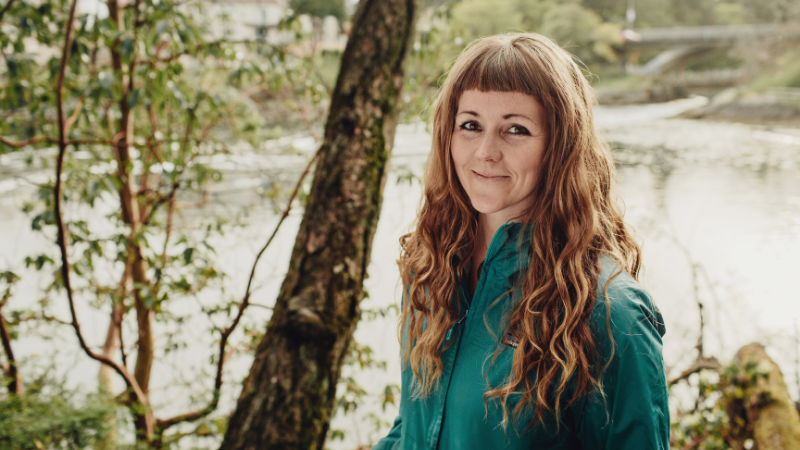 Whether in her role at The Narwhal or freelancing for The Walrus, Sharon Riley is always searching for the narrative threads within the natural world.

An investigative journalist largely focused on energy and environment, Sharon knows that data and science alone can’t capture the big picture. Even if it’s exposing changes in the global steel industry, every issue needs a human element to resonate with readers. That’s what makes Sharon a master storyteller, and one deserving of last year’s $10,000 Allan Slaight Prize for Journalism.

Turning research into compelling stories is a science in and of itself, and one that Sharon will teach at Pandemic University on May 18, as part of Writing Is Your Nature, Pandemic U’s collaboration with the Yellowstone to Yukon Conservation Initiative.

Her upcoming workshop, The Art of Evidence: Reaching General Audiences, is free for anyone trying to find the narrative threads in their science-based stories. All you have to do is register.

In the meantime, we reached out to Sharon for some early tips for presenting evidence to disinterested readers. She also talked about the biggest mistake journalists make on the science beat and how to balance accessibility and factual writing.

Covering energy and the environment in Alberta is a rich, varied beat. What made you decide to hone in on the province?

Well that’s an easy one. I saw a job posting for a new journalism outlet, The Narwhal, in 2018. I applied! It just so happened that I was moving back to the province after several years of gallivanting. Coming home to Alberta made sense to me, and I have a background in environmental science. Once I met the editors of The Narwhal, I knew it was a great match. The job was for an Alberta investigative journalist.

People often think of The Narwhal as an environmental outlet. And the environment does form the basis of much of our beat. But I think our defining principle, the thing we talk the most about, is how we can be really, really good journalists.

I can’t tell you how many researchers or academics have told me some version of: “Thank you so much for getting in touch, literally no one has, and my research has gone viral and all the coverage is wrong.”

Reporters can go one of two ways when they start covering science.

On the one hand, journalists are communicators, and we can really be put off by super-jargon-y language. So we simplify. But I got my start in journalism as a fact-checker, and I can’t tell you how many researchers or academics have told me some version of: “Thank you so much for getting in touch, literally no one has, and my research has gone viral and all the coverage is wrong.”I’m a big fan of calling up a researcher and saying, “So, am I reading this right when I say…?” And then contacting someone else with expertise in the field and getting their take on it.

On the other hand, wanting so badly to get it right can mean it’s really boring. Very few people are going to read to the bottom of a piece with this lede: Scientists used multivariate covariance generalized linear models to determine effects of recovery time and reclamation on well pad soil parameters pH, bulk density (Db), total organic carbon (TOC), and electrical conductivity (EC) relative to reference soils.

You’re trying to reach wide audiences with very nuanced writing. How do you make sure your stories have general appeal?

I believe so strongly in the importance of human narrative in journalism. Of course, there are times when I write straight-up news stories, but when I’m covering something deeply, I strive to talk to the humans that are impacted by “the thing” I’m writing about. And I try to write about a portion of their life, or the snapshot of our meeting, or some other scene that is relevant. For example, I often write about the impacts of oil and gas in Alberta. I think it’s very important to speak about the people who are affected, whether it’s workers or farmers and what-have-you. I want to know who they are, and I think readers do too.

As my mum puts it, she only reads my articles when “there’s people in them.”

In a world where climate change is unfortunately more polarizing than ever, evidence is a crucial piece of the story. What are your tips for presenting evidence in a compelling, engaging way?

I know there are reasons that not all reporters want to (or even can, as per editorial policy) link to their sources, but I think it’s crucial that we as journalists say where we’re getting our information from. Back to my fact-checking roots again: I often called writers for their sources so I could verify the accuracy of their writing, and they would say some version of “I just know that” (and sometimes they were right, and sometimes they were not). I think it’s very important to be transparent with our readers. If a reader reaches out to me with questions about my sources, I want to be able to give them a full answer, complete with links to primary sources.

Of course, even evidence itself has become a polarized topic, as we’ve seen with the pandemic and climate change. And I think this just means we need to double down on transparency and accuracy. There’s even less room for holes than ever before.

Presenting that evidence in a compelling way comes back to narrative and structure in the way we write the story.

It’s very important to speak about the people who are affected, whether it’s workers or farmers and what-have-you. I want to know who they are, and I think readers do too.

I have so many favourite places! I grew up in rural Alberta on a 110-acre piece of aspen parkland. At this time of year, the wetlands are alive with the calls of Canada geese, grebes, mallards, coots and so many other birds. I got married nearby (in the company of swarms of mosquitoes, but you can’t win them all). I don’t think I’ll ever know a place the way I know a place I spent my whole childhood exploring.

The other spot is one I’ve been itching to get back to when international travel is a thing again: Glacier National Park in Montana. In my twenties, I worked for five seasons as a naturalist in Waterton Lakes National Park, just across the Canadian border. Glacier National Park is where my now-husband and I would go on weekends to run along ridges and jump in alpine lakes. Like so many favourite places, it’s a repository for my memories, and when I hike those trails I revisit them.