How One Author Turned Conflict Journalism Into Dystopian Fiction

"I saw up close some of the people and places that, in the grand sweep of late capitalism, have been deemed disposable." 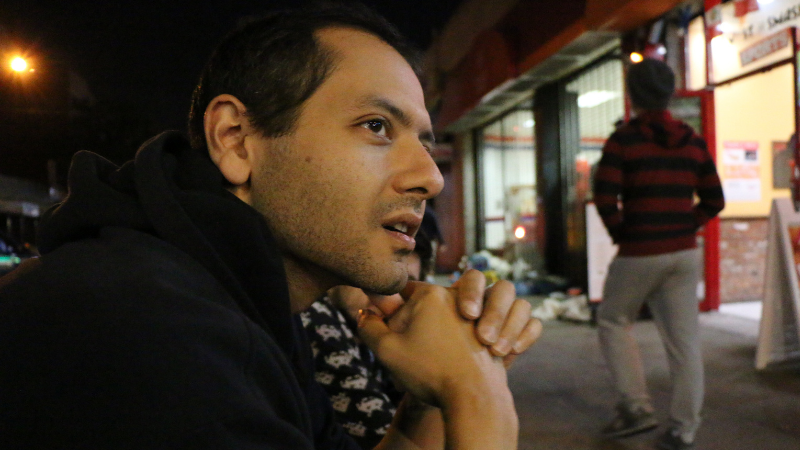 Born in Egypt and raised in Qatar and Canada, novelist Omar El Akkad began his writing career as a journalist at the  start of the U.S.-led War on Terror. Then, after more than a decade of reporting from such embattled places as Afghanistan and Guantanamo Bay, Omar took lessons from past war correspondence to zoom in on the future.

His debut novel American War, which follows a young woman through a ravaged U.S.A. under foreign occupation while embroiled in a partisan civil war, won several awards, including the Kobo Emerging Writer Prize, and was named one of BBC’s 100 Novels That Shaped Our World. He’s gearing up for his second novel, What Strange Paradise, out this July, about a child refugee who survives a capsized boat only to find himself on a hostile island.

If you’re also trying to infuse your fiction with meaningful and compelling political commentary, Omar is offering a crash-course on the subject this Tuesday, Apr. 13 at 1pm ET.

Tickets for Style and Form in Resistance-Themed and Political Fiction for his 90-minute live workshop are by donation. Whether it’s $5, $10, or $20, you’ll get access to his live class and the replay to watch (or re-watch) later.

Until then, find out why he chose to gear his work towards making a social and political impact, which writers inspired him, and how his debut novel prepared him to write What Strange Paradise.


Let’s start with a preview of what students might be able to expect from your class: What exactly constitutes “resistance fiction?“

I think there is an element of speaking truth to power, and of course a direct engagement with the political, but more broadly, I think resistance fiction is any attempt to draw a new kind of literary map where a deeply established one already exists.

I saw up close some of the people and places that, in the grand sweep of late capitalism, have been deemed disposable.

How did you decide you wanted to gear your fiction work towards making a social and political impact? How has your experience with journalism informed that?

Every time I start a new novel-length project, I create something called a “Why File.” It’s a document with two questions — “What are you trying to do?” and “Why?” — and until I have a very strong answer to both questions, I don’t do any other work on the project.

That’s why I end up writing deeply political novels — my “Why” is almost always entangled with societal fault lines, the inequalities in the systems that govern so much of our lives. Certainly the decade I spent as a professional journalist informed my view of those fault lines; I saw up close some of the people and places that, in the grand sweep of late capitalism, have been deemed disposable.

What’s something you learned from your debut novel that you’re applying to your second novel, What Strange Paradise?

That’s a really good question, and I’m honestly not sure I have a satisfactory answer. I try as much as possible to enter each new project carrying no baggage from the previous one, good or bad.

There are technical and craft tricks I learned during the process of putting American War together, things to do with sentence structure and pacing and so on, but for the most part I worked very hard to insulate the new book from the previous one. I’d rather a story fail on its own terms than succeed at something that’s already been done.

I try as much as possible to enter each new project carrying no baggage from the previous one, good or bad. … I’d rather a story fail on its own terms than succeed at something that’s already been done.

Who are the sociopolitical writers and/or writers living under oppressive regimes who inspire you?

The Egyptian writer Basma Abdel Aziz is one of the bravest and most talented writers I’ve read in the past decade. Her novel “The Queue” is a brilliant metaphorical post-mortem of the Arab Spring and the resurgence of authoritarianism, and she has suffered greatly for the topics with which her fiction engages.

The Palestinian writer Huzama Habayeb has produced some truly fearless novels, including some whose frank depictions of sexuality have gotten them banned.

Leanne Betasamosake Simpson, a Michi Saagiig Nishnaabeg writer, is someone whose work is politically incisive and simultaneously full of soul. Her collection “This Accident of Being Lost” is an absolute marvel.

Finding a little time every day to do absolutely nothing, to just be. Even a few minutes away from the endless grating of the working world is a balm.